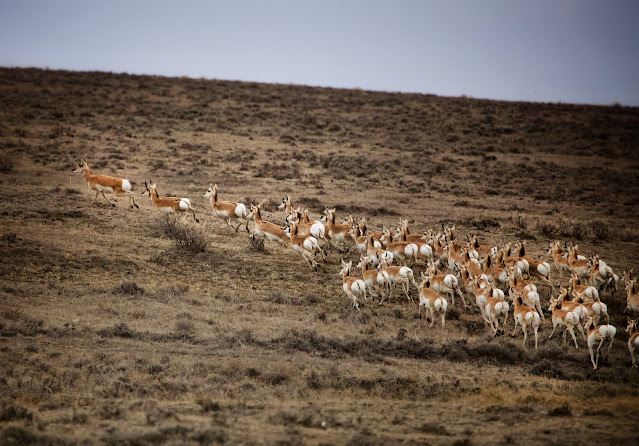 Only 4 more states to go!

Here's a quick breakdown of what I hit this weekend! North Dakota surprised me most above all the locations visited on this trip. I should specify that the part of North Dakota I traveled to was the far southwestern corner. While in North Dakota, I stayed the most time at Theodore Roosevelt National Park. I was not expecting this type of topography in North Dakota. It was breathtaking, in fact I think it's beauty rivals or surpasses Badlands National Park in South Dakota.

I'm sure that is up for argument, but it's my personal preference.

The Western portion of South Dakota has the Black Hills and Badlands National Park. Both of these are beautiful areas to explore and should not be missed. I'd recommend at least three days to see everything in western South Dakota and to travel at your leisure without feeling rushed.

Popular posts from this blog

Friday, March 04, 2022
In my photography endeavors a goal has been to take professionally quality time-lapse footage of the sunrise and the night sky. I definitely had the chance a few weeks ago on a trip through Colorado, Utah, Arizona and New Mexico. I read extensively on the subject because there wasn’t much margin for error. It’s not the easiest to travel to a beautiful location and spend another night shooting just because a long time-lapse wasn’t set up currently.  I’m incredibly pleased with my projects results. I learned quickly that a consistent iso, aperture, and exposure make an amazing end result. Check out the video and let me know your thoughts!
Post a Comment
Read more

Saturday, November 26, 2022
Thanksgiving has come and gone and the festive holiday season is officially upon us.  I was raised in a rather conservative religious household that didn’t celebrate Christmas or any other holiday. It’s a very new experience for me to incorporate new traditions into my life. At some point I’ll tell that story… but not today.  I want to talk about who become our family. Family is such a complex crazy and beautiful thing. So many people today including myself think first of the nuclear family when they hear that word.  In my humble opinion Family isn’t limited to a noun, it’s not just simply something you are. Rather it should be thought of as a verb. Being a family is something you DO! Over the course of the last 3 years that concept of family has been firmly established in my heart.  I’m amazed at the amount of people who have supported me in sad times and laughed with me during happy times. My friends sat with me in silence when there were no correct words to describe the circumstance
Post a Comment
Read more